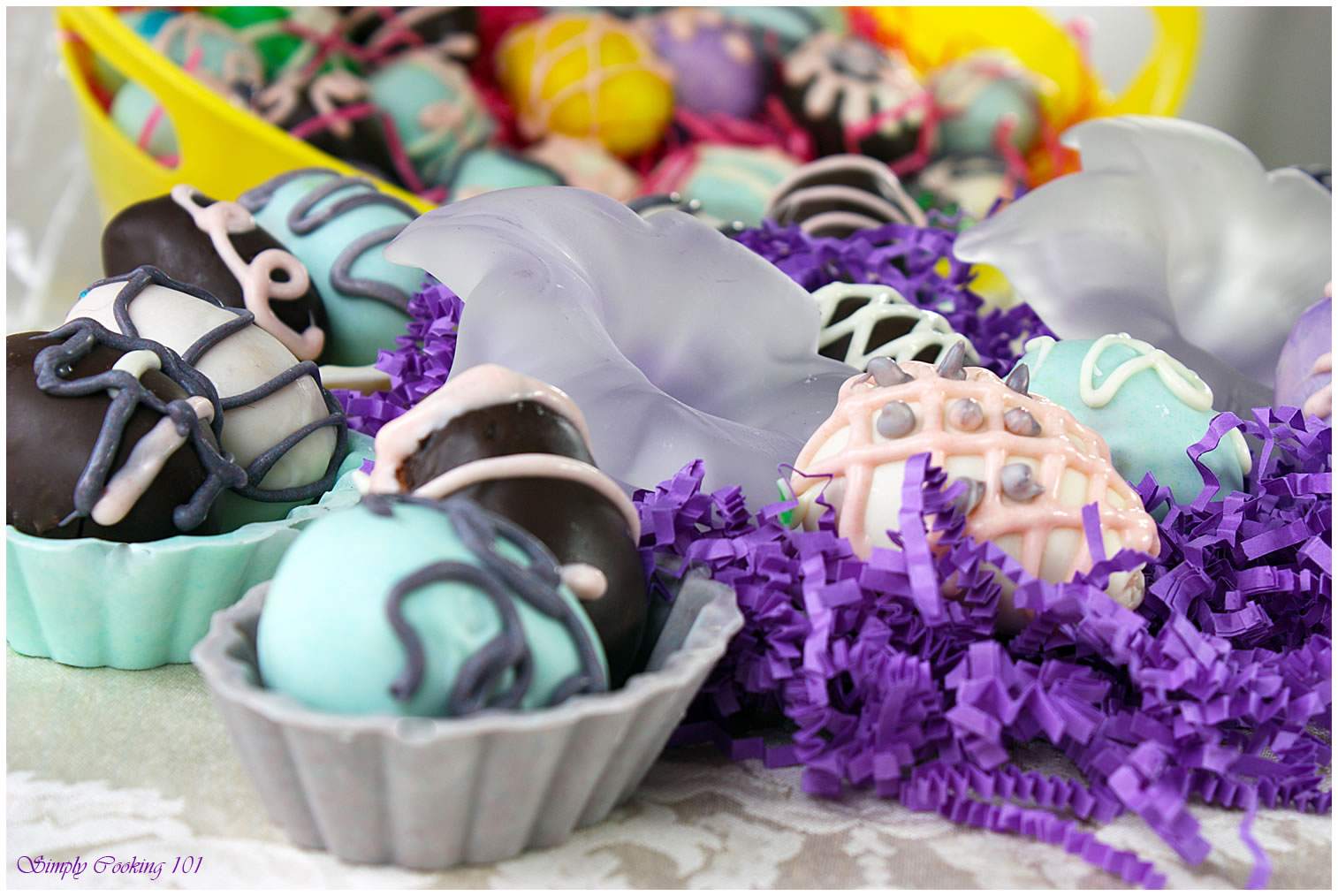 Although I don’t quite get it as I guess I’m just not that much of a cake fan, cake balls are very popular around here and I do have to admit these are pretty cute.  I mentioned to college Daughter that I was going to make some and her exact words were “send them here, send them all here” and I’ve made them for several friends, who all seem to love them.  I did have some cheesecake pops at a party recently and those are going to be my next batch as they were amazing.

The basic idea is simple, mush up a cake and icing, roll it and dip in chocolate.  The best site for ideas is Bakerella, she even has a cookbook out just for them.  Previously I made some simple chocolate ones for a birthday party following Bakerella’s instructions.  This time I used a cherry chip cake mix (I usually make my cakes from scratch, but Daughter had left this box of mix here from her last visit so I decided to use it) and some cream cheese icing I had leftover from a birthday cake. 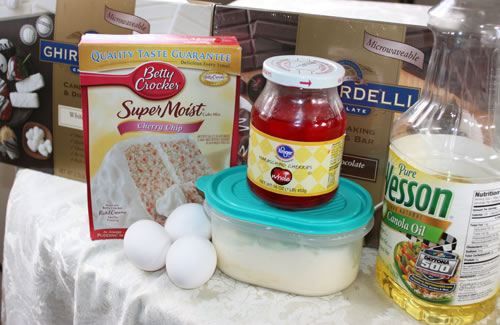 Dipping chocolate white and dark (I prefer Ghirardelli’s candy coating because I think it has the best quality but it’s not always easy to find.  Sam’s Club carries it around the holidays so I stock up but you can also use chocolate melts which you can even get pre-colored) 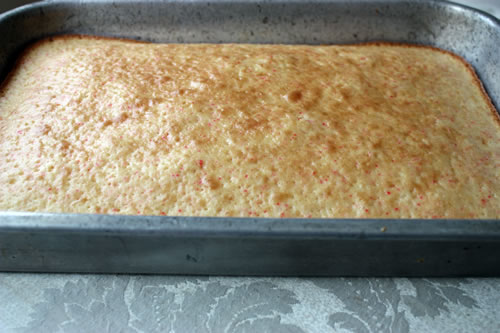 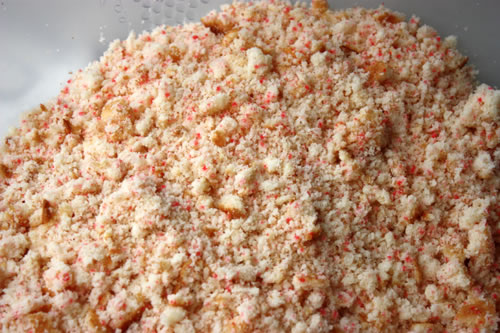 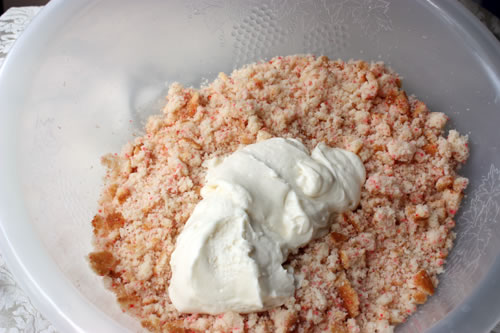 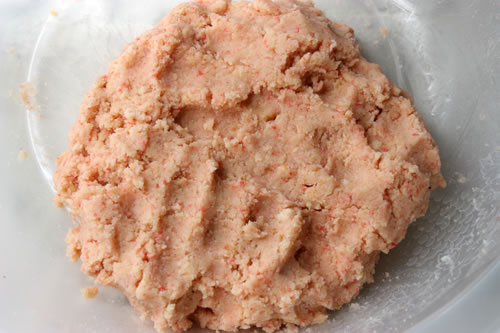 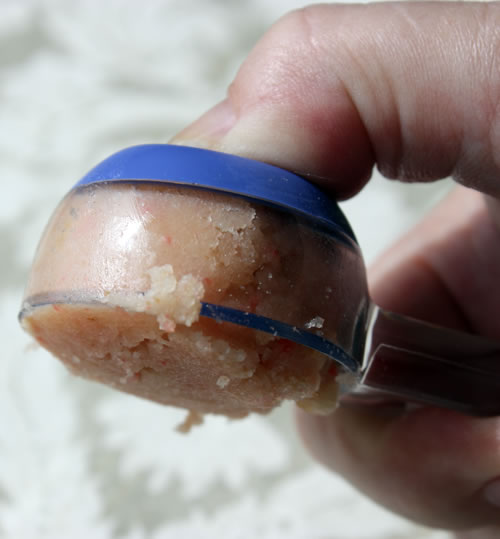 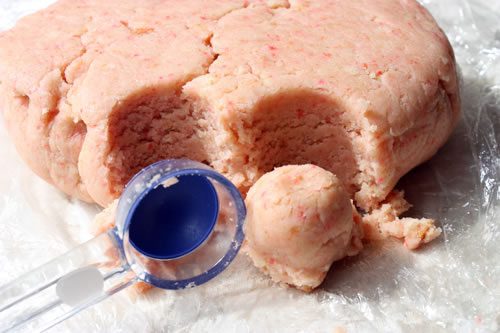 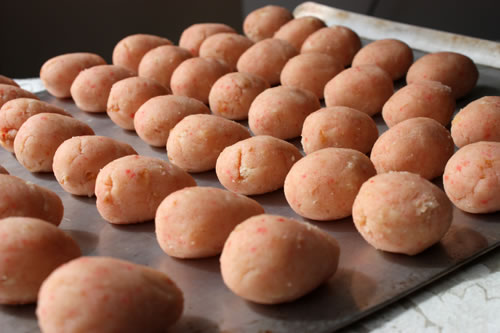 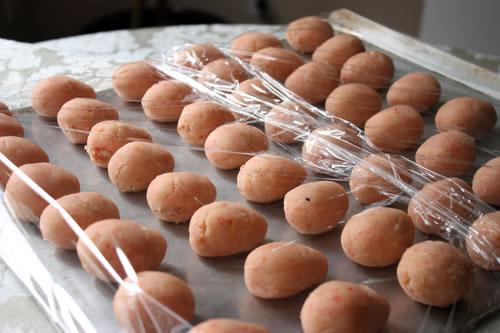 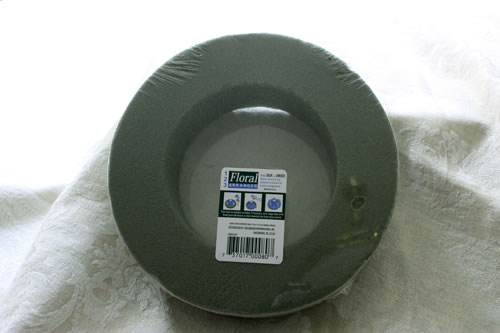 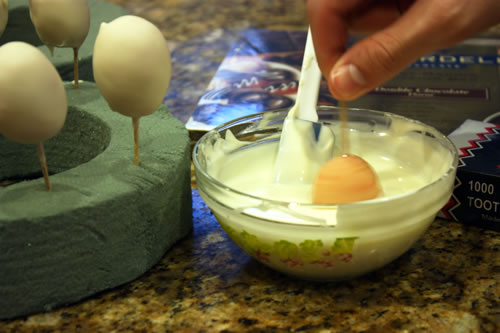 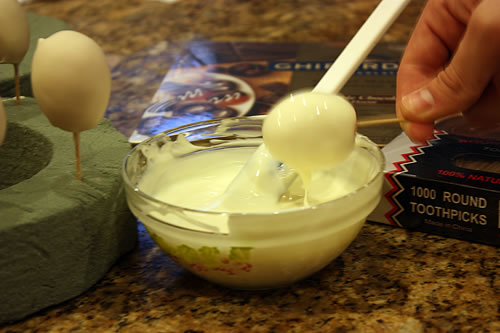 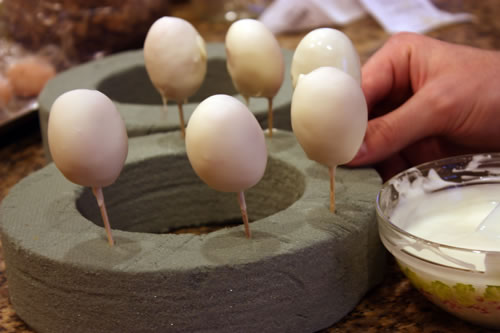 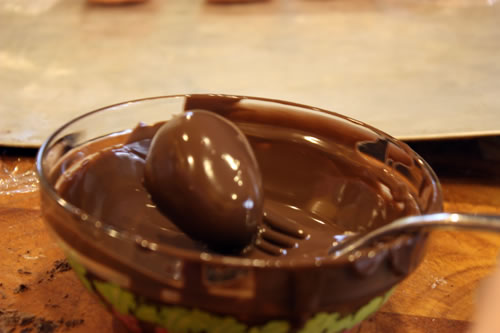 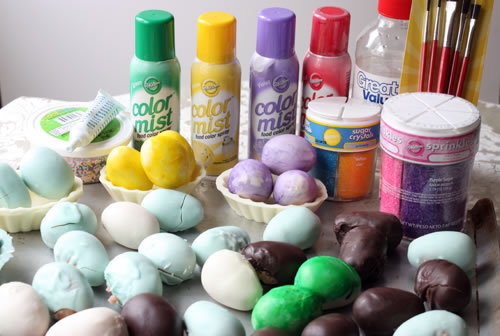 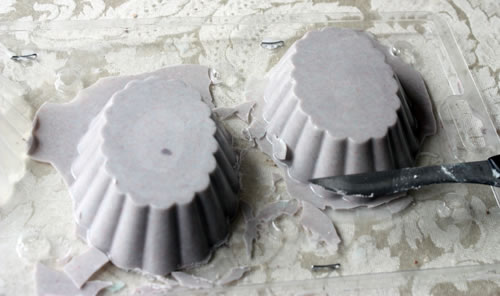 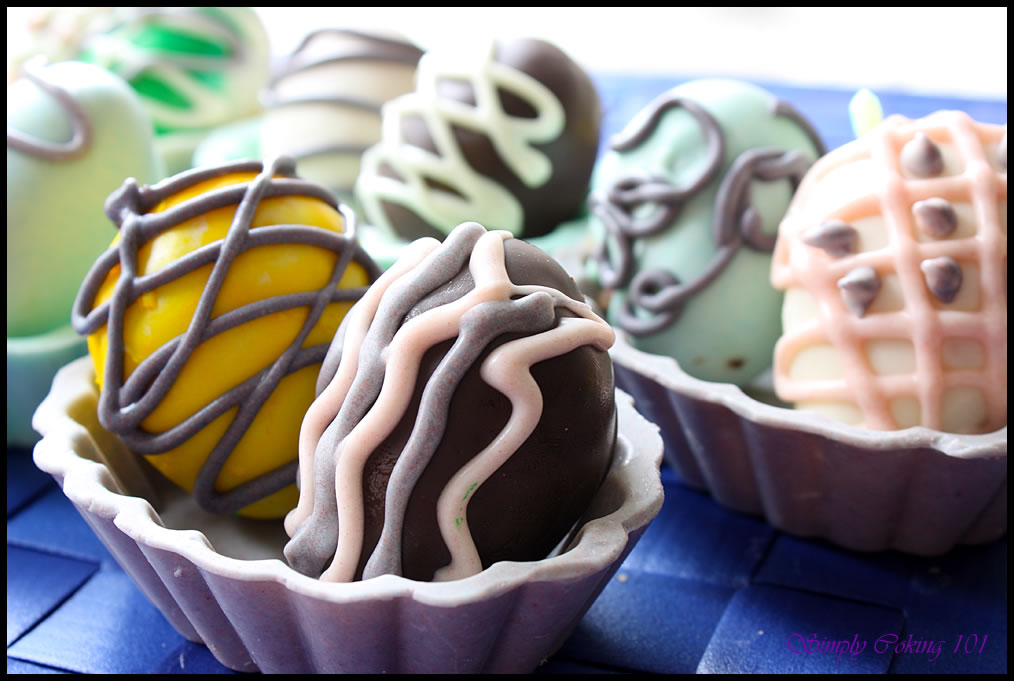