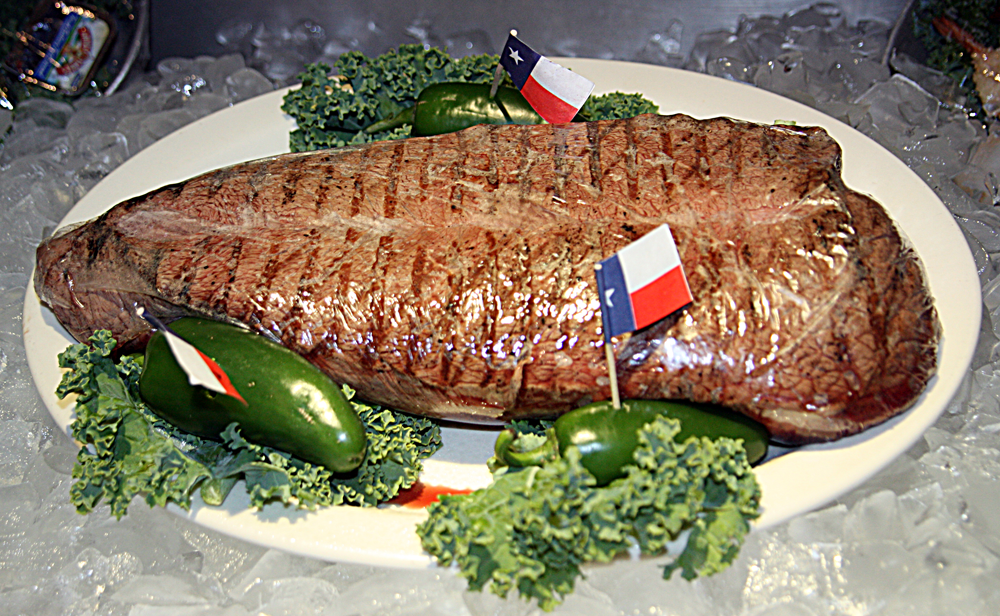 The Big Texan 72 oz Steak on a Platter In honor of our home for the summer college son, who for some reason wasn’t really interested in spending 18 hours each way in the car with us to make the trip from Las Vegas to Oklahoma to see daughter, we stopped at The Big Texan along the way.  Anyone who knows son will understand – he will eat pretty much anything on a bet and has appeared several times on the wall for eating really large amounts of really hot chicken wings in really short amounts of time.  So far the only eating adventure he has regretted was escargot which he said was not nearly worth the 20 dollars he was paid and he’ll never do it again.  This restaurant offers a free 72 oz steak if you can eat it all, plus 4 sides, in an hour.  The record is apparently under 9 minutes, the oldest a 69-year-old woman and the youngest an 11-year-old.  Even son was impressed by the contest when it was featured in one Food TV episode and admitted that he didn’t think he could do it. Being the wimps we are, we didn’t try, but had a nice lunch of Chicken Fried Steak and Steak.  The service and the food was great, in a fun atmosphere with a nice arcade and gift shop.  I would recommend visiting if you get the chance.